For years, young children tuned into the radio on Christmas Eve to follow Santa's journey around the world. They waited breathlessly for updates provided on NPR as NORAD (the North American Aerospace Defense Command) "tracked" Santa's arrival at cities across the globe.

The days of listening to this time-honored tradition on radio are long gone. However, Santa has kept up with the digital age! These days, you can track Santa on your phone or computer.

For the most trusted Santa tracking resource, gather the kids and visit NORAD Tracks Santa or download the app to your mobile device. Children can count down the days until presents land under the tree while listening to a holiday sound track provided by the U.S. Air Force Academy Band. In the days leading up to Christmas, an interactive menu offers a gift shop, an arcade with a new game unlocked each day, a "music stage" featuring Santa's favorite songs, a theater with movies about Santa and NORAD, a library of holiday stories, and an overview of NORAD and their Santa tracking tradition.

The history behind this tradition is heartwarming. Our military members serve our country every day, but they've also been caring for children during the most joyous season of the year for decades. Here’s a little background on NORAD’s Santa tracking. 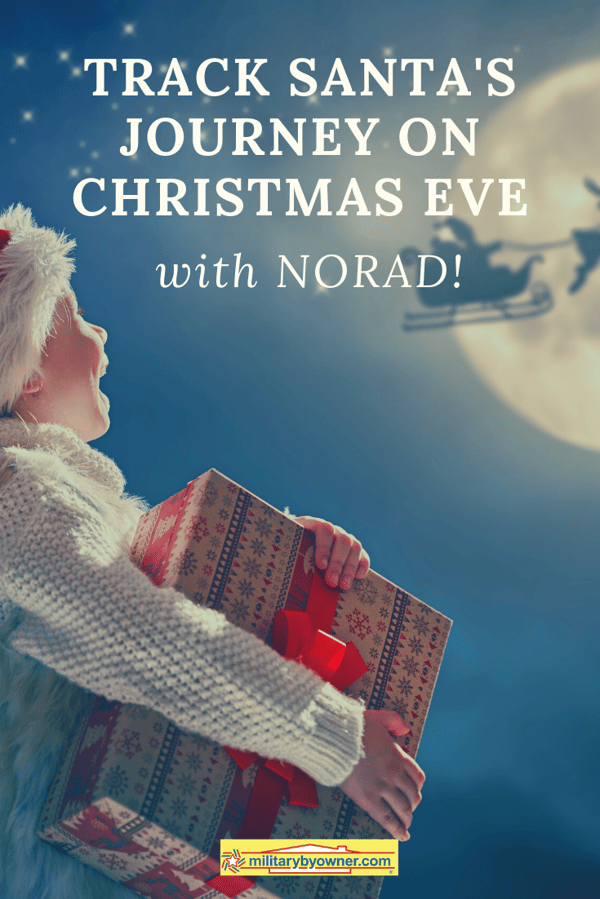 How the Tradition Started

For over 60 years, NORAD and its predecessor, the Continental Air Defense Command (CONAD), have tracked Santa’s flight, but it all started as a mistake.

In 1955, a Colorado Springs based Sears Roebuck & Co. advertisement misprinted the telephone number for children to call Santa. Instead of reaching Santa, the phone number put kids through to the CONAD Commander-in-Chief's operations hotline. After multiple calls from children seeking Santa's whereabouts, the Director of Operations, Colonel Harry Shoup, asked his staff to check the radar for indications of Santa making his way south from the North Pole. Children who called were given updates on his location, and the tradition was born.

In 1958, the governments of Canada and the United States created a bi-national air defense command for North America (NORAD), which then took on the tradition of tracking Santa. What started as a typo turned into one of the Department of Defense's largest community outreach programs!

These days, NORAD relies on volunteers to make the program successful, as well as support from sponsoring companies (see their site for the list). The NORAD Tracks Santa program uses minimal government funds. Each year, volunteers work to dutifully report Santa's location to millions of children around the world.

Though the site is live with lots of activities and holiday spirit  in the days preceding Christmas, mark December 24 as the day to visit NORAD at their site or app or call 1-877-HI-NORAD for the most up-to-date Santa tracking information. What fun!

Perhaps following NORAD or interacting with Santa virtually will become a new holiday tradition for you and your family!

From all of us at MilitaryByOwner, we wish you a very Merry Christmas and happy holidays!