Why Generation X Military Families Need to Be Landlords

Why Generation X Military Families Need to Be Landlords 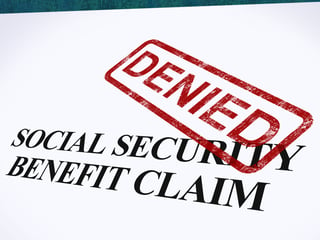 You've probably heard it thrown around the media, but what does it really mean when it’s said that “You can’t count on Social Security for your retirement?”


The Cato Institute posted an article stating that the Baby Boomers are “fleecing” Generation X. They explain that Boomers paid little in Social Security tax for the first part of their careers (almost half of the current tax rate) and will collect on the retirement income in such high amounts that their children, Generation X (mid-1960s to early 1980s), will not only pay a higher Social Security tax rate for their entire careers, but also may not even have an opportunity to collect Social Security for themselves.

Let’s say that the 78 million Baby Boomers (mid-1940s to early 1960s) have already begun to retire over the last five years. This assumes a retirement age of 65, which isn’t necessarily the case anymore. We’ll just use these numbers as a guideline.

Once the Boomers retire, there are roughly 41 million in Generation X right behind them. While there are more Millennials behind Generation X, they have high unemployment rates and high debt-to-income ratios from a combination of student loans and wages that haven’t kept pace with inflation. It’s going to be tough for this group to pay for twenty years of Social Security payments for their enormous numbers of their parents and grandparents above them. That’s why economists have calculated that Social Security will start to run out in 2038, which is when Generation X will begin to retire.

Fortunately, Generation X, you still have time to prepare.

Known as cautious double-checkers and resilient, Generation X military families will need to engage these two key characteristics now if they want to have a secure retirement.

Make sure to look for our upcoming article on military retirement for Generation X for more tips on how to prepare with creative ways to pay off your mortgage.

Looking to begin a new career after retirement? Click below for some great resources!