With 244 years in service, the United States Navy will celebrate its birthday on October 13. Today’s Navy has esteemed origins in the Revolutionary War and its official call to action was by the Continental Congress on October 13, 1775.

To honor the Navy’s birthday, it’s a fitting celebratory measure that we take a look at the patriotic history of multiple versions of flags that have represented the U.S. Navy to date. 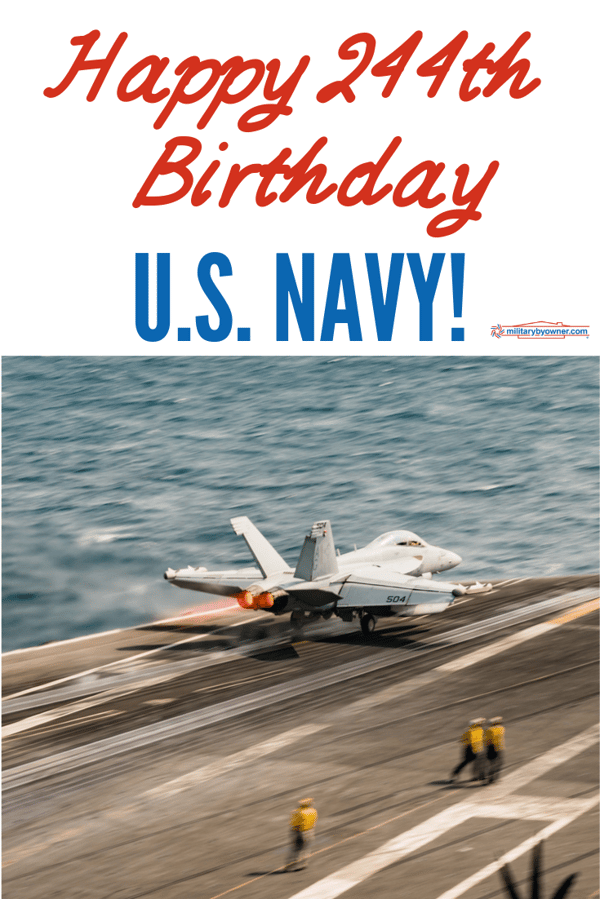 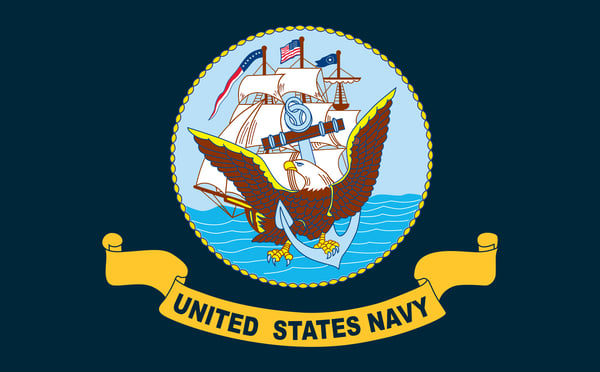 Not only has the Navy evolved from humble beginnings to meet the changing dynamics of defending the country, so have the flags that have represented the Navy, leading to the official designation by President Dwight D. Eisenhower in 1959. The Department of the Navy Seal which is the main feature of the flag, was created in 1957, however. As you can imagine, multiple iterations of fledgling American and Navy flags were flown on vessels during the Revolutionary war to include the Striped Grand Union and others that had pine trees depicted with accompanying snakes.

At the time, Revolutionists used snakes to symbolize the oppressed colonies. Some flag sightings have more credibility than others, but history generally agrees that after 1775, The Union Jack and the Rattlesnake Jack are two of the most identifiable.

By the 1890's, the Infantry Battalion Flag, a blue flag with a white diamond shape and a blue anchor acted as the unofficial flag of the Navy until President Eisenhower's official declaration.

Widely recognized as part of the current American flag, the Union Jack was a field of blue with 13 white stars that represented the original colonies. It was officially adopted by the Navy in 1777. As the country grew, so did the amount of stars; culminating when Hawaii entered the union as the 50th state. The Navy predominantly used the 50 star jack until September 10, 2002,  when official orders from the Secretary of the Navy directed that the Rattlesnake Jack was to be flown in the Union Jack’s place during the Global War on Terrorism.

Later, in commemoration of the Navy’s most audacious victory, the Battle of Midway, Chief of Naval Operations, Admiral John Richardson, returned to flying the Union Jack in June of 2019. 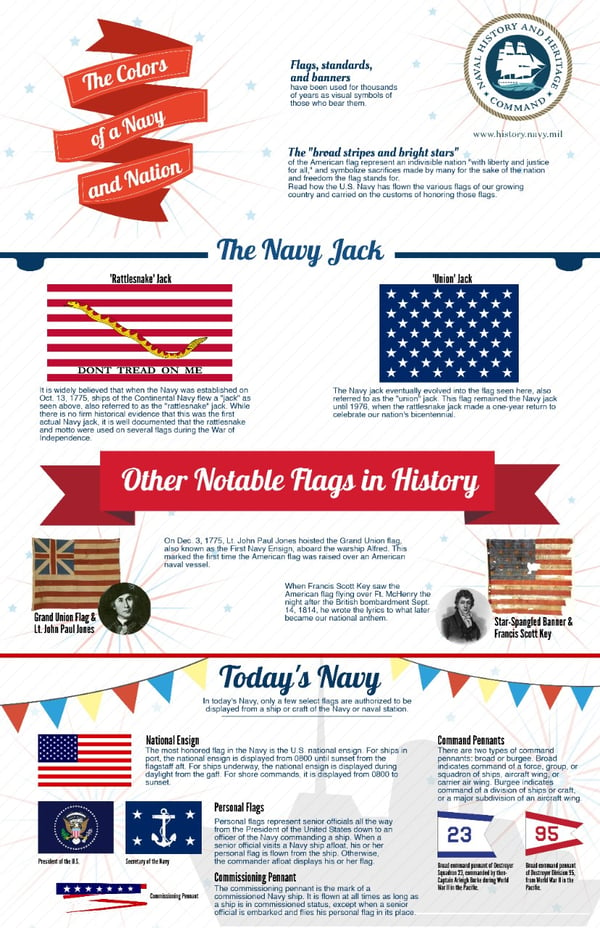 Flags, standards, and banners have been used for thousands of years as visual symbols of those who bear them. This infographic shares some notable flags used throughout naval history. (U.S. Navy graphic by Annalisa Underwood/Released)

The unmistakable Rattlesnake Jack, which depicts a rattlesnake and red and white stripes, was initially flown during the American revolution by the colonists, because it symbolized the fight against English tyranny. Several versions of the Jack followed and is today is widely identified when combined with the motto, “Don’t Tread on Me.” 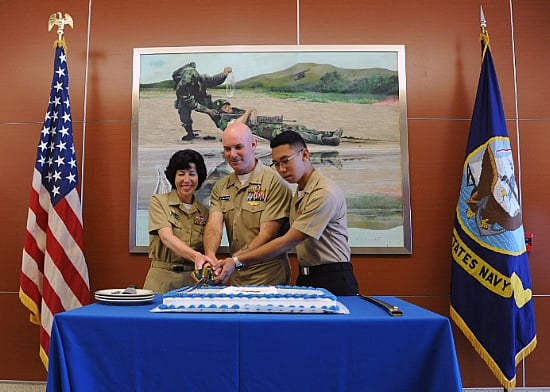 Across the world on U.S. installations and outposts, birthday ball celebrations will carry on as they have for decades past complete with formal wear, dignitaries, and an honorary theme. This year, the theme declares, “No Higher Honor,” which perfectly connects to the distinguished histories of the variants of the U.S  Navy flag.

You might expect to see U.S. Navy flags proudly flying from all of the naval ships, but there are strict rules about how and when the official flag is displayed and in general, it is reserved for display purposes which include in naval offices, during ceremonies, and in parades, usually with an honor guard.

The official flag is to be flown on land only, but not on outdoor flag poles. Ships in port are authorized to hang the flag on the quarterdeck staff, but ships at sea are not.

The Navy continues to defend the country with over 300,000 active duty members and 100,000 Reservists. It’s with much admiration that MilitaryByOwner wishes the United States Navy a very Happy Birthday!