From its earliest days of fixed-wing aircraft in the ground attacks and aerial dogfights of World War I, the U.S. military has led the fight in the skies. Building on the shoulders of our country's renowned pilots like Billy Mitchell, the "father of the U.S. Air Force" who understood the need for air superiority and advocated for an independent Air Force in the years following WWI; Chuck Yeager, who first exceeded the speed of sound in 1947; and the Tuskegee Airmen, the first African American aviators in the Army Air Corps, the precursor to the Air Force, our country's air dominance continues to this day.

The U.S. Air Force, as we know it now, was established on September 18, 1947. Since that time, American Airmen continue to do amazing things all around the world and are the preeminent force in air, space, and cyberspace. With a Vision Statement of "The World’s Greatest Air Force—Powered by Airmen, Fueled by Innovation,"  The Airman's Creed sums up every Airman's promise to their country and their fellow Airmen.

I AM AN AMERICAN AIRMAN.
I AM A WARRIOR.
I HAVE ANSWERED MY NATION’S CALL.

I AM AN AMERICAN AIRMAN.
MY MISSION IS TO FLY, FIGHT, AND WIN.
I AM FAITHFUL TO A PROUD HERITAGE,
A TRADITION OF HONOR,
AND A LEGACY OF VALOR.

I AM AN AMERICAN AIRMAN.
GUARDIAN OF FREEDOM AND JUSTICE,
MY NATION’S SWORD AND SHIELD,
ITS SENTRY AND AVENGER.
I DEFEND MY COUNTRY WITH MY LIFE.

I AM AN AMERICAN AIRMAN.
WINGMAN, LEADER, WARRIOR.
I WILL NEVER LEAVE AN AIRMAN BEHIND,
I WILL NEVER FALTER,
AND I WILL NOT FAIL.

Happy 72nd birthday to the U.S. Force! Take a look at a few amazing moments from this past year. (All photos via official USAF website) 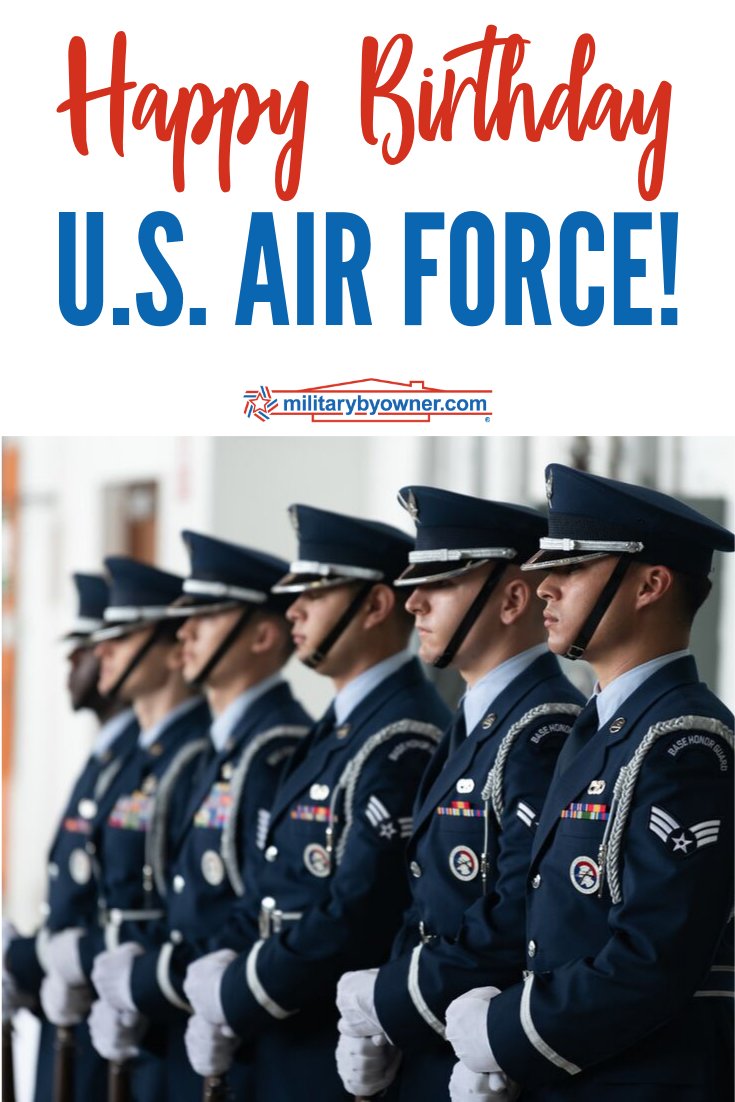 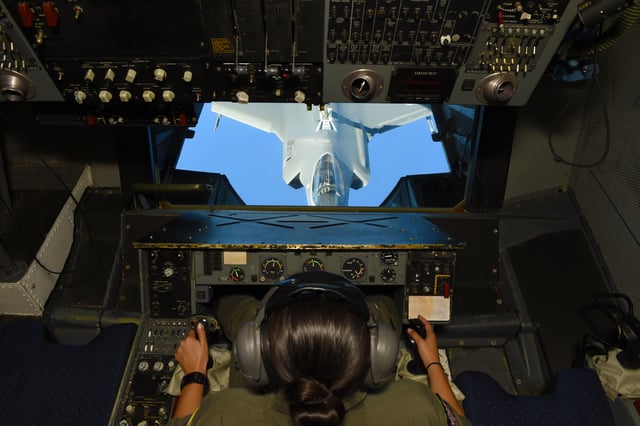 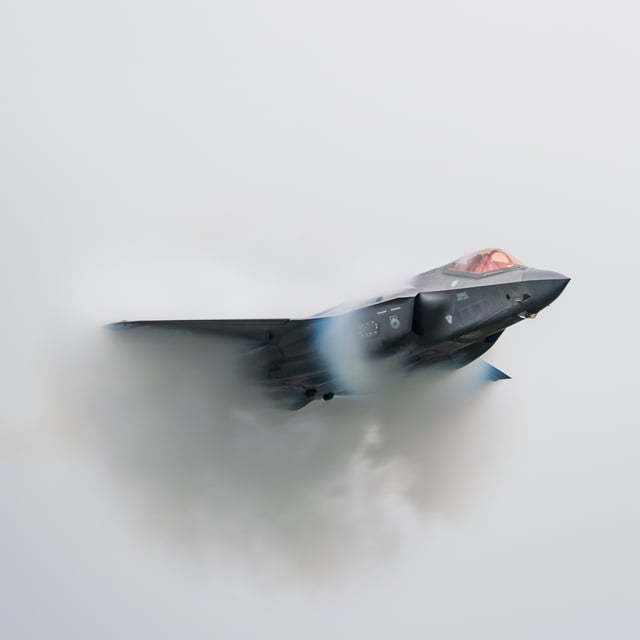 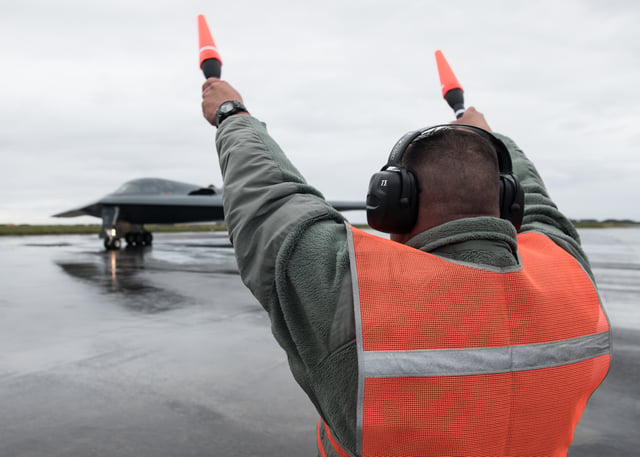 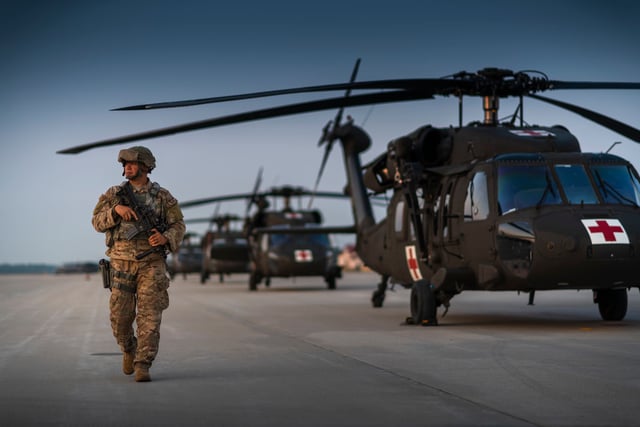 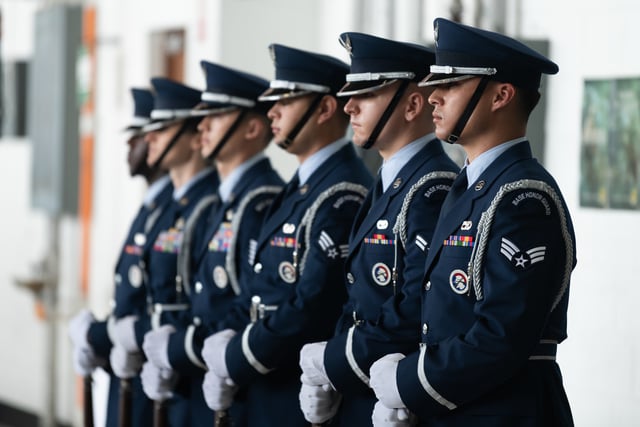 Airmen from the Kadena Honor Guard stand at ease during the 18th Wing change of command ceremony July 8, 2019, at Kadena Air Base, Japan. The change of command is a traditional military ceremony in which the departing commander assembles troops for presentation to the incoming commander. (U.S. Air Force photo by Airman 1st Class Matthew Seefeldt) 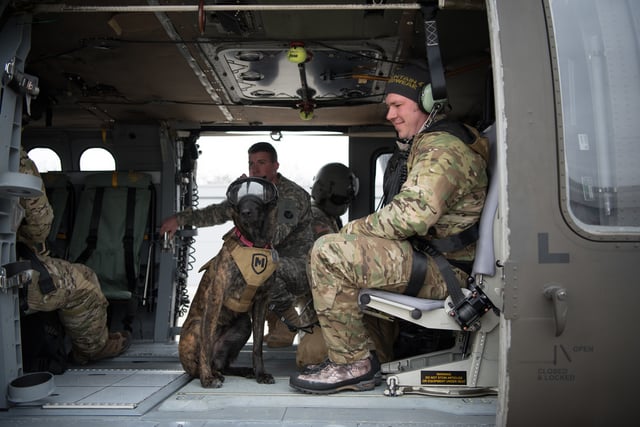 Senior Airman Chad Helminiak, 60th Aircraft Maintenance Squadron aerospace propulsion journeyman, left and Staff. Sgt. Randolph Quarteroni 725th Air Mobility Squadron aerospace propulsion craftsman, right, lower a C-5M Super Galaxy engine, June 6, 2019, at Dover Air Base, Del. The engine needs to be balanced from the front, back and from each side while it is being lowered and raised. In order to accomplish this, each Airman must be able to communicate effectively as a team all while cranking and checking the scales attached to the engine. (U.S. Air Force photo by Senior Airman Christopher Quail) 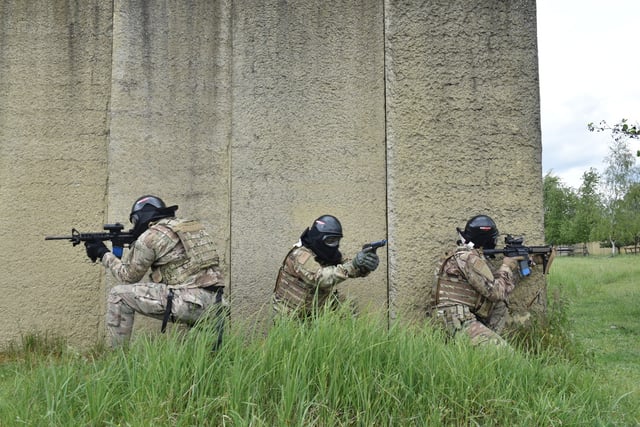 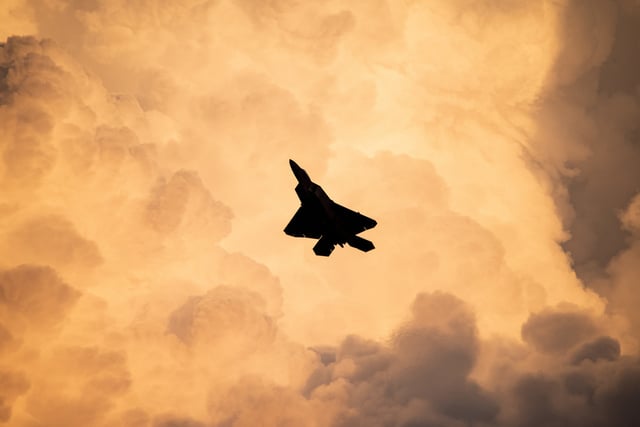 Children tour an HH-60G Pave Hawk helicopter during a redeployment ceremony, June 14, 2019, at Moody Air Force Base, Ga. Airmen from the 41st Rescue Squadron and 723d Aircraft Maintenance Squadron returned from a deployment in support of Combined Joint Task Force - Horn of Africa. Reintegration events like these afford families the opportunity to celebrate their loved ones return surrounded by other families doing the same. (U.S. Air Force photo by Staff Sgt. Janiqua P. Robinson) 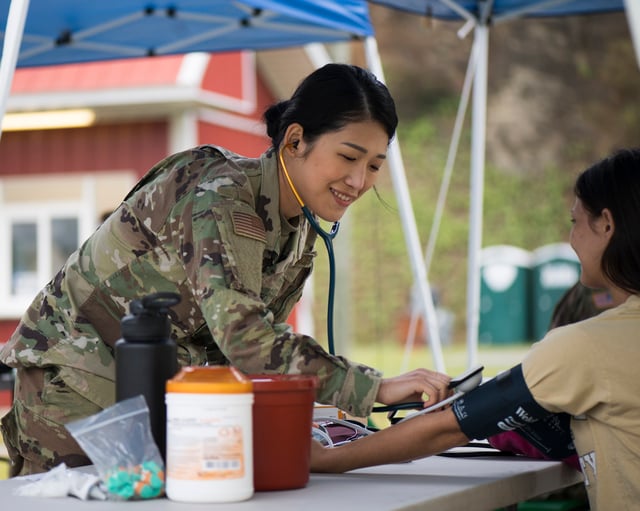