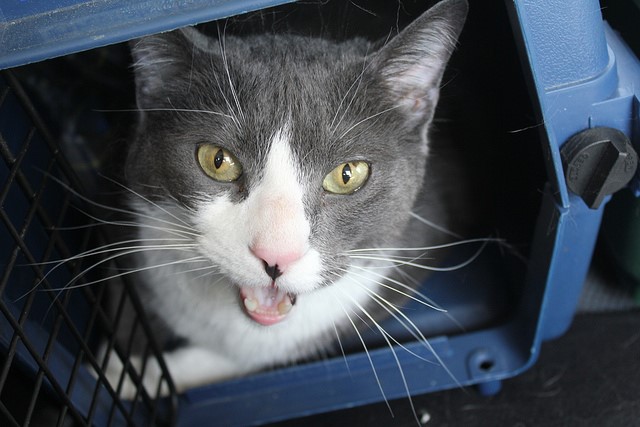 It’s no secret that a couple of MilitaryByOwner writers are big fans of riding the rails. Karina Gafford described her more than pleasant train trip from the West Coast to the East Coast and later detailed another ride on the Auto Train.

I, too, have a few miles logged up and down train tracks along Interstate 95, so I couldn’t be happier to report Amtrak’s latest policy update on riding with pets.

Because Amtrak isn’t as popular as commercial airlines or other publicly or privately owned transportation companies, it’s easy to forget it is an entity of the federal government and its budget and services are regulated by Congress. With that in mind, the addition of pets on a train has been part of congressional debate and bill proposals for years, dating back to its first pet program in the 1970s.

The program didn’t go so well. Pets were first loaded in baggage cars, but inhospitable temperatures led to accidental deaths. Later, they were invited into sleeping cars, but bad owners let their animals do bad things inside. So, pets got kicked off the trains.

Fast forward to 2013 when Amtrak’s contract was being renegotiated and the state of Illinois and U.S. Representative Jeff Denham of California stood their ground to allow pets to ride once more. The state hosted the initial trial period and it was so successful, Amtrak began another test throughout its Northeast Corridor in October of 2015. Again, success, so another pilot program was launched for weekend service on Acela trains beginning February 1, 2016 for travel February 20 through June 12, 2016.

If you have a small cat or dog and kenneling costs are keeping you from travel, jump aboard because Amtrak is embracing pets and promises to look into how to accommodate larger pets for more train service in the future. Be sure to head to Amtrak to comb through more restrictive details, however because this isn’t an exhaustive list.

But for now, here’s a look at a few of Amtrak's rules for pet travel:

Last, and probably one of the hardest rules for pet owners to enforce:

Amtrak says, “Pets must be odorless and harmless, not disruptive, and require no attention during travel. Amtrak maintains the right to refuse acceptance of or remove from the train any pet exhibiting these issues.”


The exciting PCS and vacation seasons are fast approaching. Hopefully, the inclusion of pets on trains help to make your travel plans develop a little more smoothly.

Don’t forget that MBO understands that travel is a huge part of military life, so make the time to read over tips and advice for vacationing or moving to many popular cities and bases. Blogs and articles about lodging and attraction options are also available.