Celebrate Oktoberfest Near These Military Bases

Celebrate Oktoberfest Near These Military Bases

Who doesn't love fall? And even if celebrating the autumn season has become something of a social media cliché involving salted caramel lattes, pumpkin everything, and photos of crunchy fall leaves paired with tall boots, there’s one thing many military families can agree on: Oktoberfest!

If you’ve been stationed in Germany, I doubt you need an explanation of Oktoberfest. For everyone else, here’s a little history from Brittanica.com:

“Oktoberfest, an annual festival in Munich, Germany, is held over a two-week period and ends on the first Sunday in October. The festival originated on October 12, 1810, in celebration of the marriage of the crown prince of Bavaria, who later became King Louis I, to Princess Therese von Sachsen-Hildburghausen.”

But for most of us, Oktoberfest = beer + celebration. While you may not be near enough to visit Oktoberfest in Munich (the largest folk festival in the world, by the way), there are still plenty of opportunities for you to find Oktoberfest festivities near many military bases. Oktoberfest traditionally ends in early October, but in true American fashion, we let the celebration go on much longer.

Check out these Oktoberfest events at a military base near you! 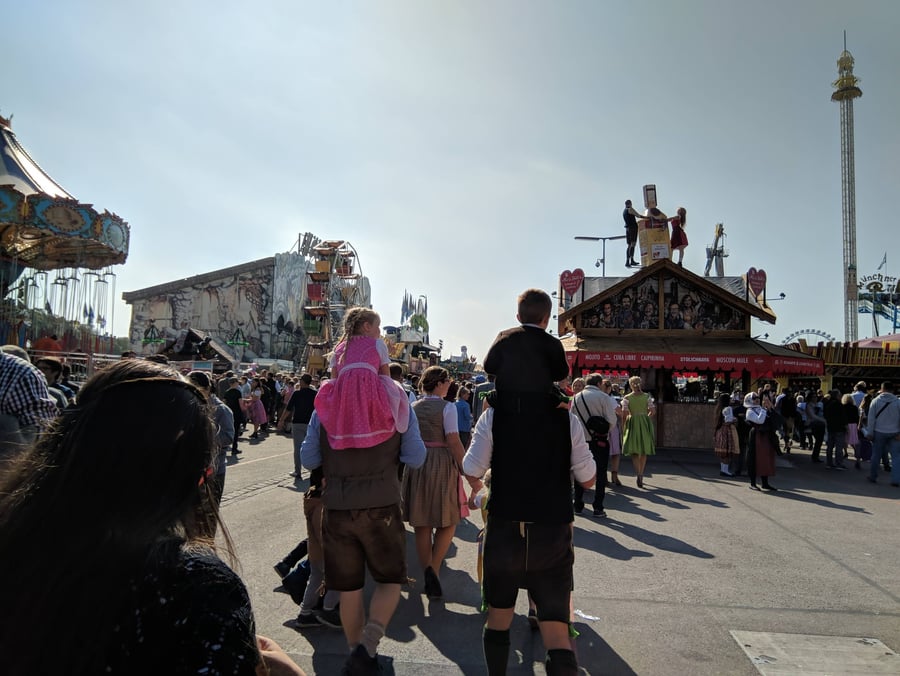 Oktoberfest in Munich, Germany. Photo by Chandramohan Sudar on Unsplash

Oktoberfest in the National Capital Region

If you’re at Fort Belvoir, the Pentagon, Joint Base Andrews, Joint Base Anacostia-Bolling, or any of the military bases in the D.C. area, you can easily get your fill of beer, bratwurst, schnitzel, and outdoor activities. While some of these events end in late September, there are many that extend into October. Take your pick and get more info at the Washingtonian’s Where to Celebrate Oktoberfest Around DC.

Robins AFB’s Oktoberfest is planned for October 21. Grab a beer and enjoy a Bavarian pretzel in the Biergarten on the Club Lawn.

You can also head to nearby Macon from September 30 - October 2 for Just Tap'd Oktoberfest 2022. The VIP package includes a souvenir 16-oz beer stein, one bavarian brat meal, one soft pretzel with your choice of beer cheese or beer mustard, gingerbread cookies, and two fills of any Oktoberfest beer in your glass. 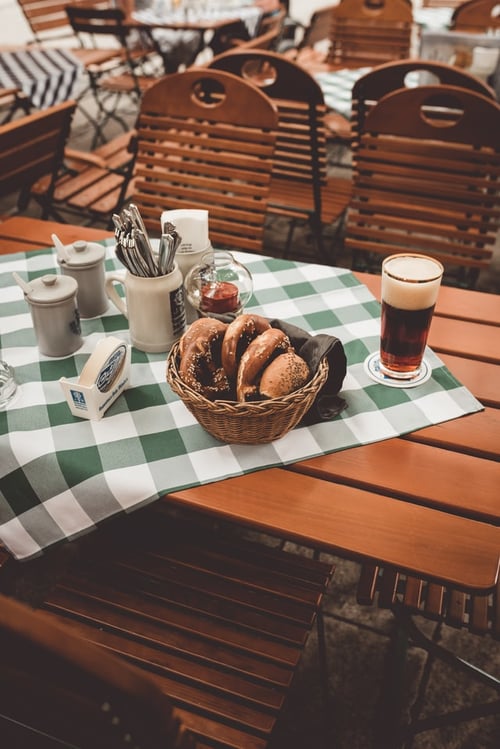 Photo by Clay Banks on Unsplash

Oktoberfest Events and Wurstfest near Joint Base San Antonio

Though not in October, the nearby New Braunfels Wurstfest is legendary and not to be missed, and runs from November 4-13, 2022 . This festival celebrates the area’s rich German heritage with food, music, dancing, carnival rides, and games; German, Texan and domestic beer; and special events.

Enjoy your beer with a view of the Pacific Ocean! If you’re stationed in San Diego, nearby Ocean Beach is hosting the OB Oktoberfest October 7-8. Grab your lederhosen or dirndl and take in local bands throughout the weekend. You’ll also find free entry to the food and craft vendor area on Saturday from 10 a.m. to 10 p.m. 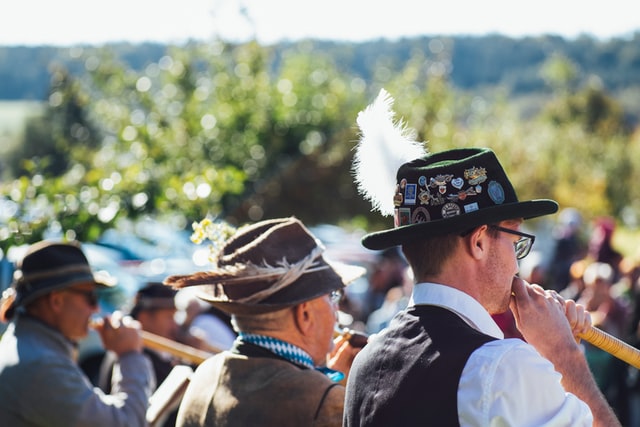 Photo by Markus Spiske on Unsplash

You'll find Oktoberfest events galore in the Hampton Roads region. Whether in the cities of Hampton, Yorktown, Virginia Beach, or Norfolk, you won’t run out of fall and Oktoberfest events, beginning in mid-September. See below for details and dates. There are many to choose from! 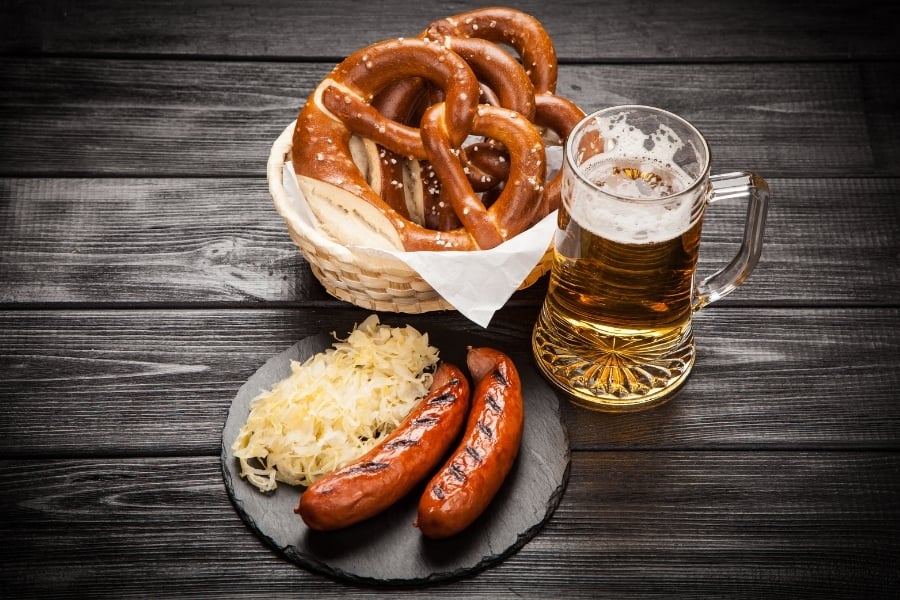 The Tampa area will hold its 12th annual Oktoberfest Tampa over 3 days from October 7-9 at the Curtis Hixon Waterfront Park. For three full days, Tampa's waterfront area will be transformed into a giant Biergarten, complete with games, entertainment, and of course, delicious food. Beer aficianados should note that, this year, the city is partnering with Green Bench Brewing to bring you three unique brews found only at Oktoberfest Tampa, while they also offer traditional brews. Known as one of the “Top 5 Oktoberfests in the Country,” entrance is free for military, veterans, and their spouses.

On October 8, the Liberty Club at Lakenheath will put on its annual Oktoberfest. The evening begins with family-friendly events and a German-style buffet, then after 7:45, there's a live band and fun for ages 18+.  Get the details from Lakenheath’s FSS.

Is there an Oktoberfest happening at a military installation near you? Tell us about it in the comments! In the meantime, Prost!