PCS to Naval Base Kitsap

PCS to Naval Base Kitsap

A PCS to Naval Base Kitsap (NBK), Washington, is an enviable duty station for many servicemembers and their families. The Pacific Northwest offers the quality of life factors not often found near military installations. Outdoor activities, day adventures, and weekend getaways are all just a drive away. If you’re hoping to check out nearby PNW states or Canada, the Seattle-Tacoma International Airport is about a 1.5-hour drive away.

NBK is the third largest Navy installation in the U.S. Newcomers might not realize that NBK is a conglomerate of installations at Bangor, Bremerton, Jackson Park, Keyport, and Manchester. The base was formed in 2004 by combining the former Naval Air Station Bremerton and Naval Submarine Base Bangor. Each base has its own duties; Bangor directs the submarine communities, and Bremerton operates the ship operations. 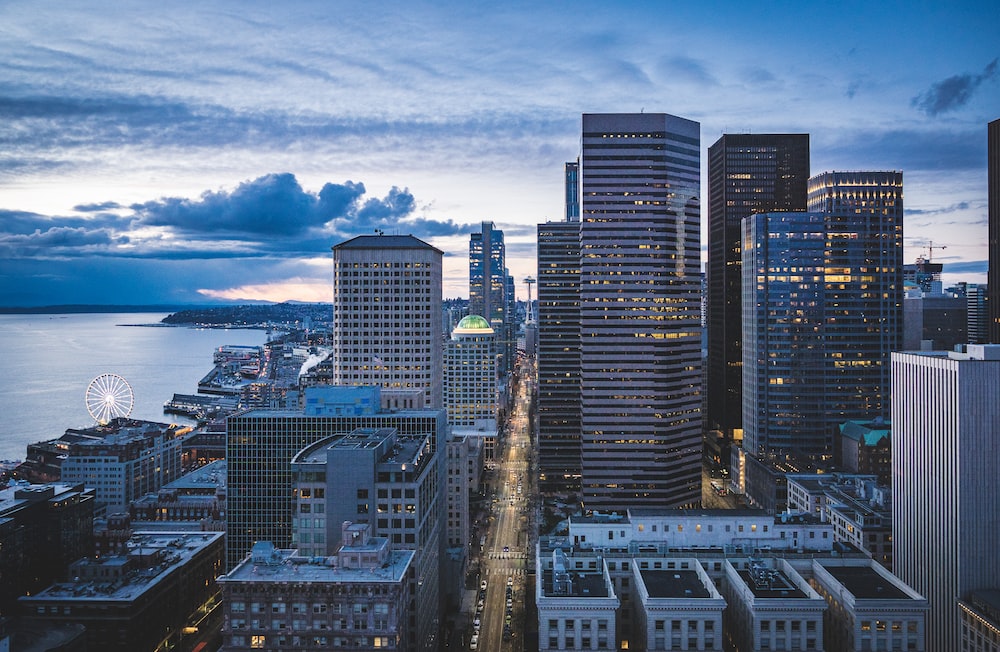 Images from Unsplash unless noted

Getting Around Naval Base Kitsap

The Kitsap Peninsula is home to NBK and is located across the Puget Sound from Seattle. Ferry rides are a way of life on the peninsula, and grasping the various ferry schedules will become a honed skill in no time. 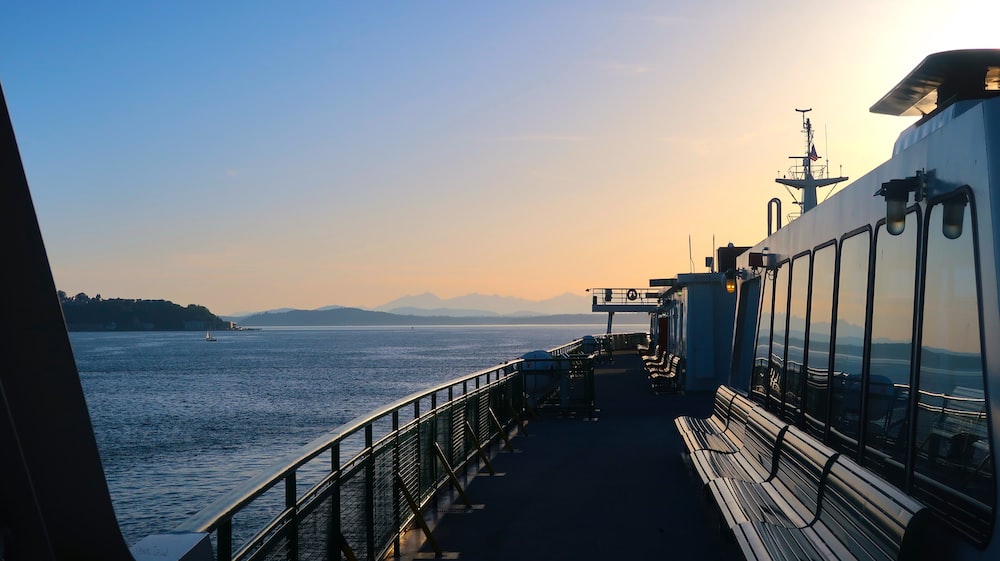 For a peek at what’s ahead, you’ll want to note travel from NBK to Seattle is via the Seattle-Bainbridge Island ferry, a 30-minute trip. Or, try the Seattle-Bremerton ferry at 60 minutes.  Don't forget to plan to explore Tacoma, which is a southbound drive around the Sound on Interstate 5.

Whether you're an experienced traveler or just starting out, you may not be aware of all the travel benefits related to your military service. Download your free Guide to Military Family Travel! 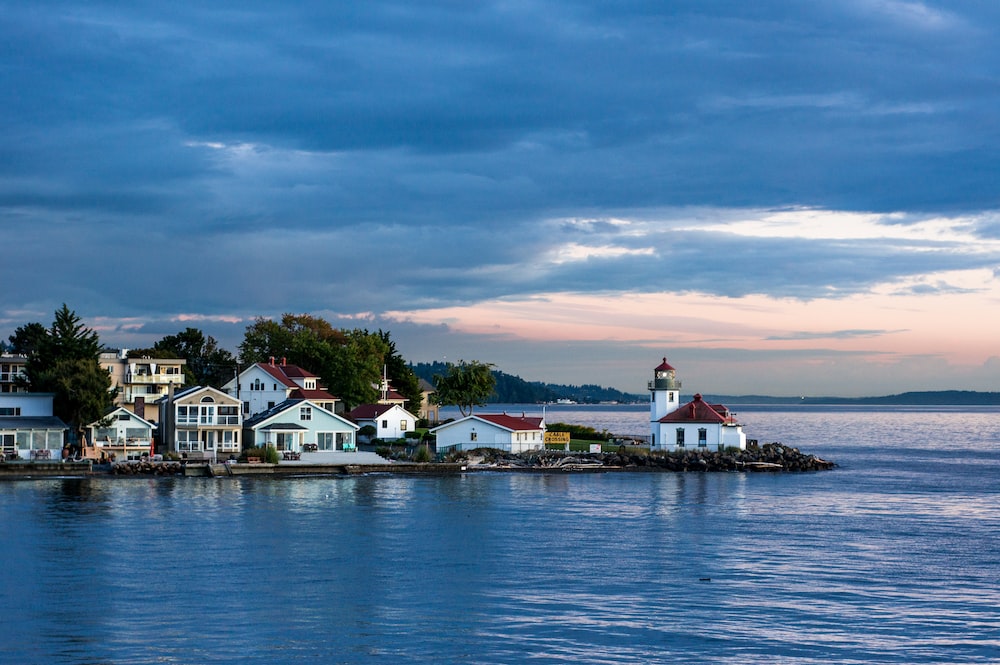 Silverdale is the closest to the base and is a popular location. Poulsbo is also nearby, but the housing you encounter there will probably be more expensive. Bremerton has two distinctive areas: Bremerton and East Bremerton. East Bremerton (Manette, Kitsap Lake, Blueberry Meadows) offers affordable housing, while Bremerton is less desirable if families need public schools.

Compared to Silverdale and Poulsbo, Port Orchard (McCormick Woods, The Ridge at McCormick Woods) has less expensive housing options but has a further commute. The housing market is very competitive due to high demand. Additionally, there is privatized on-base housing to consider through Forest City Military Communities.

Children attend school where the family lives; keep that in mind when house hunting. Central Kitsap School District ranks as one of the top districts in the area. The district supports numerous elementary schools and several middle and high schools. These sought-after schools are mainly located in Silverdale, East Bremerton, and portions of Bremerton.

Things to Do Near Naval Base Kitsap

There’s nothing like Pacific coast beaches. Check out the recommended Naval Base Kitsap beaches in The Best Beaches Near Military Towns. 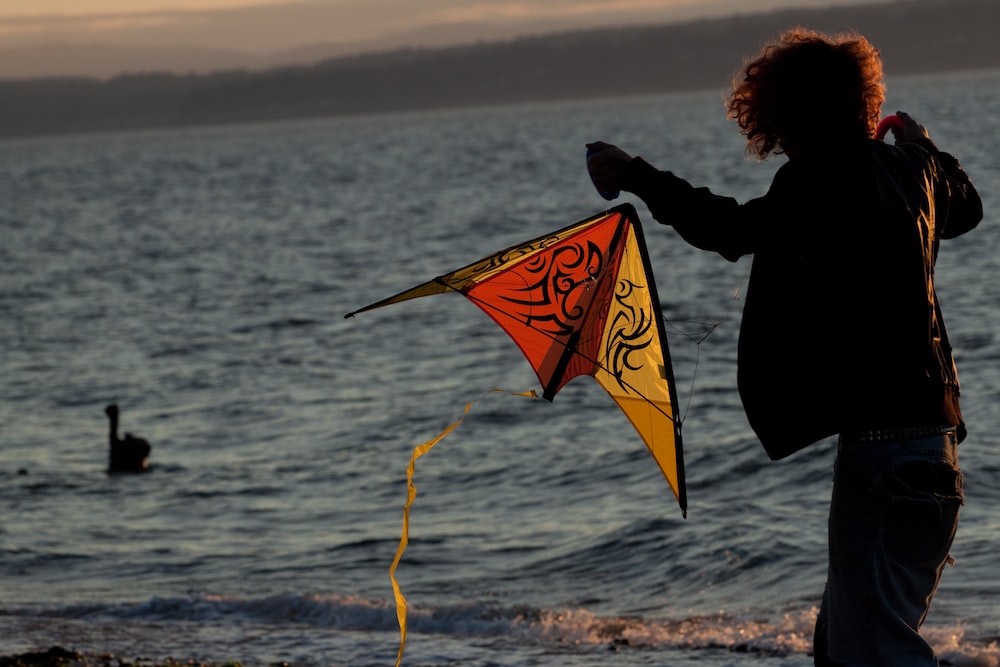 Closer to home, families like to check out the creepy crawly Bug Museum, visit the Imagination Station Enrichment Center for hands-on learning, and burn off energy at Ahoy Kitsap Playland. KiDiMu, the Kids Discovery Museum in Bainbridge, is the perfect way to spend the day learning and playing.

Take advantage of all Navy life has to offer. The MWR facility has a wide range of entertainment options, including the Bangor Recreation Center, which has outdoor equipment rentals, an indoor playground, and help with securing reservations at nearby parks. There’s also a ticket and tours office for advice on seeing and doing as much as possible while stationed at NBK.

The Naval Hospital Bremerton (which is in Bremerton and not on base) is a desirable medical facility with convenient hours, specialty clinics, urgent care, and pharmacy. There's a branch health clinic, Bangor, located in Silverdale. Here’s an insider tip: Use the pharmacy at Bangor; it’s far less busy!

Luckily, commute times don't seem to be a significant factor for this area, but be wary of afternoon traffic leaving base. It combines with locals and workers from Stennis and Port Orchard. Also available is an easy-to-use ferry system in the area.

The last bit of advice is regarding the weather, of course! One point is to learn the distinction between weather-resistant gear and waterproof gear, and bring lots of it. Although it doesn’t rain as much as its reputation might lead you to believe, it is wet often.

Good luck with your move to Naval Base Kitsap! For all of the PCS info you need on buying, selling, renting a home, and more, join our email list to stay up to date with MilitaryByOwner’s blog and resources.