For military families, probably the most important part of the PCS process is finding a new home, and rental houses often meet the needs of families that are transient.

For renters and landlords, moving to a new address isn’t as simple as searching online photos and ordering background checks. Both parties have to be aware of their legal obligations notated in not only the current lease, but any potential lease in the future. If they are not completely informed, the legal and monetary ramifications could be devastating.

Before 2003, when the Servicemembers Civil Relief Act (SCRA) was created, the most common term servicemembers inserted into a housing lease was a military clause. A military clause was typically added to exempt the member from their signed lease if a PCS was pending. Now, however, the SCRA covers the majority of those needs and a military clause is used to simplify or further describe unique housing circumstances.

Whether you're a landlord or renter, the following information is everything you need to know about the military clause and its often confused cousin, the Servicemembers Civil Relief Act.

New to landlord life? Get more help in our resource article, A Guide for the Unexpected Military Landlord. 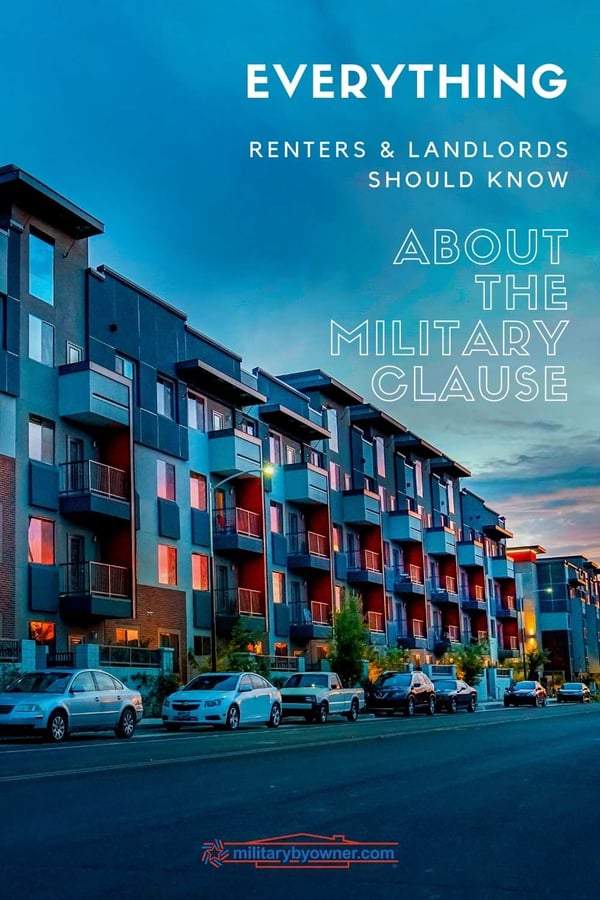 What is the Servicemembers Civil Relief Act?

The SCRA is a federal law enacted to provide active duty servicemembers legal protections. As it pertains to housing contracts, a clause in the SCRA guarantees military members, including certain groups of activated National Guard and Reserve components, the right to terminate a lease if a set of conditions are met.

The SCRA allows early termination if:

When these qualifications are met, the tenant’s lease is terminated 30 days after the first date of the next monthly payment due.

What is a Military Clause?

A military clause is not part of the SCRA; it is a customized agreement inserted into a lease. It is formulated and upheld by the tenant and the landlord. A military clause often enhances the SCRA, but does not replace it.

A common example of a military clause will read similarly to the following:

This lease is executed with the express understanding by Landlord that Tenant is on active duty with United States Armed Forces. Therefore, the lease may be terminated by Tenant thirty (30) days after Tenant notifies Landlord, in writing, that: (1) the Tenant has received permanent change-of-station orders out of the area or (2) the Tenant is discharged or released from active duty.

Tenant will provide Landlord with a copy of such documents as may be necessary to substantiate the exercise of this military release clause. The word “Tenant” shall include the plural and shall apply equally to any and all Tenants residing in the premises under this lease who are members of the United States Armed Forces and their dependents. The exercise of this provision by any one of multiple Tenants shall constitute release for all Tenants.

For more information about the military clause, see How to Break a Rental Lease for Military Transition. 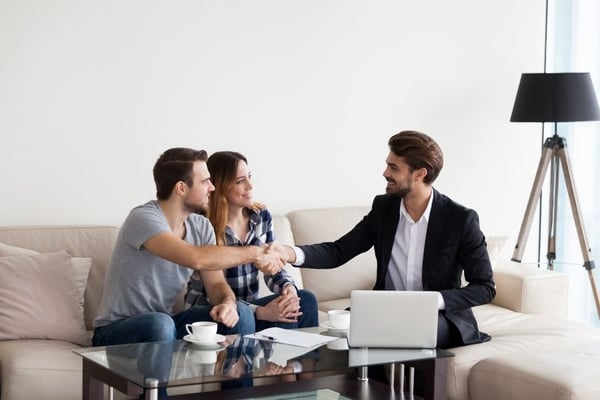 What Renters Need to Know

Because relocation is inherently stressful, understanding the terms of the SCRA and a potential military clause is a proactive technique to alleviate undue angst about leaving a rental lease early. Important points to note:

What Landlords Need to Know About the SCRA and Military Clause

Honoring the request for a military clause many seem like a burden, especially if the landlord is worried about an unnecessary vacancy. A military clause is created to provide both the landlord and the tenant with clear explanations of how and why it should be invoked. 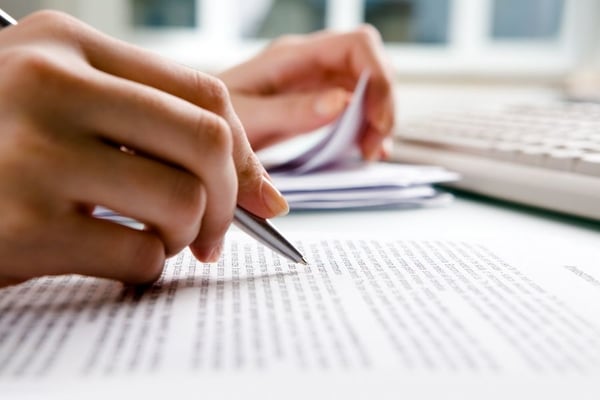 For instance, the classic example of a military clause refers to any military region that has multiple military installations in close proximity, but heavy traffic and intense commute times are daunting. Although the orders state the change in installation, the distance may not be far enough to warrant a true PCS and the SCRA could not be activated. A military clause allowing the lease to be terminated due to change in installation, regardless of PCS orders, is an option if both landlord and tenant agree.

Another version of a popular military clause is one regarding an on base housing wait list. Tenants have the option to include a military clause that exempts them from the lease’s terms if a home on base becomes available. Landlords need to be aware that there are circumstances when each branch dictates that certain servicemembers are mandated to live on post when housing becomes available.

State laws sometimes come into play regarding this issue. The state may interject that the servicemember need only to provide the landlord with the documentation from housing stating a home is available to be removed from their lease.

Misconception #1: The SCRA and a military clause are the same.

No. The SCRA is a federal law which protects servicemembers from adverse actions resulting from exiting a lease early. It must be adhered to. A military clause is a mutually agreed upon inclusion in the lease describing a circumstance for termination, such as the desire to live on base when a house becomes available.

Misconception #2: Every state has the same landlord/tenant laws pertaining to the military clause.

No. Individual state laws may override a military clause. For example, this military clause explanation document prepared by the Navy Legal Assistance Department in San Diego, California describes the state’s laws regarding the enforcement of a military clause:

“In California, military clauses providing protection beyond the SCRA are NOT statutory (i.e. automatic). They must be negotiated by you (the lessee) and the landlord (the lessor), preferably in writing. The landlord has the right not to agree to a military clause.”

Misconception #3: A military clause is a tenant’s tool for an automatic nullification of a lease.

No. The SCRA is the only law that allows servicemembers to end a housing lease early, if the correct conditions are met by the tenant: military service starts during the lease, orders to deploy for at least 90 days are received, or PCS orders are written. The tenant also must provide written notice and a copy of the orders.

When it comes to rental agreements and a military clause, remember these two disclaimers:

Knowing your specific rights as the landlord or renter is crucial to achieving a successful lease term, whether completed in entirety or shortened by military duty.

To start off in the right legal direction, consider using the services offered from MilitaryByOwner partner U.S Legal Forms. The company has 85,000 state-specific legal documents and forms covering a broad base of categories including a Landlord-Tenant package.

Note: This article is not intended as legal advice, but is for informational purposes only. Check your state's laws and consult with an attorney if you have specific questions.