An unexpected email comes from your landlord, and it very officially states that you and your family have 60 days to vacate the house. Not only do you have to leave the house, but you are required to fulfill the cleaning and walk-through obligations.

What?! In your mind, you have two more years on the lease! You’ve been paying rent diligently, and there haven’t been any issues whatsoever. After a scramble to find the lease, you read each and every line to understand what exactly is going on.

And there it is.

The military homeowner has added into the contract that in the event they receive orders (whether expected or unexpected) to return to the duty station their house is located near, they will return home and the occupying tenants must vacate.

The actual words in the contract are probably written in confusing legalese, but they all mean the same thing. You have to leave. Why? Because you signed a rental agreement with a reverse military clause.

What is a Reverse Military Clause? 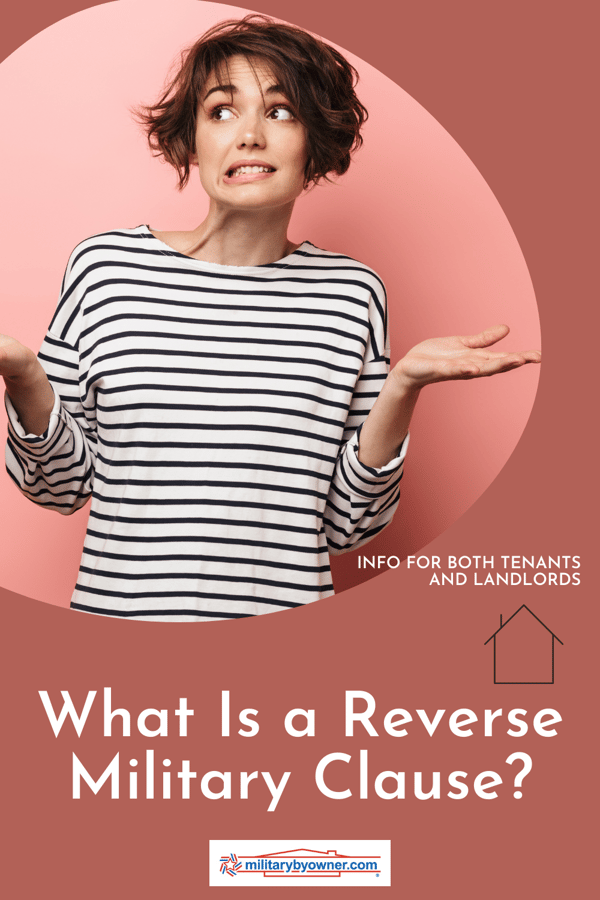 A reverse military clause is simply a clause inserted into a rental lease by the homeowner stating they will return to their house if the military assigns them orders to come home. They can amend the details, including but not limited to, how much notice they give their renters and how the security deposit is returned.

In general, it’s all legal if you've signed on the dotted line and didn’t come back with any of your own amendments to the lease. The legal sticking point may come in if your state has something to say about reverse military clauses. As with most rental housing agreements, the laws vary from state to state, so it’s imperative to become familiar with them.

Get more information about the SCRA and Military Clause.

The Landlord’s Perspective and Concerns

The Tenant’s Perspective and Concerns

Alternatives to the Reverse Military Clause

If a reverse military clause was not part of the initial signed agreement and the owner has received orders to return home, there are alternatives that could benefit both the tenant and owner.

Lease Clauses to Understand for the Future

For lease agreements in the future, both the landlord and the renter should be aware of additional clauses related to early relocation. These clauses can be negotiated or tailored to suit the needs of the homeowner and/or the tenant.

It is strongly advised before signing or including any type of custom clause into a lease that you review the contents with a legal professional, as state laws regarding rental homes vary so much. Also keep in mind the eviction moratorium that currently exists in many states due to the COVID-19 pandemic will override any clauses or lease wording.

In conclusion, there are a couple of big takeaways to remember regarding a reverse military clause. The clause has to be written into the lease for it to be enacted. Renters—if you are uncomfortable about potentially being surprised by having to leave the house early, then don’t sign the lease!

Renters and owners, be good and fair to each other and ALWAYS READ THE LEASE! A couple of times! If you need a legal document resource, we recommend you check out the options from U.S. Legal Forms 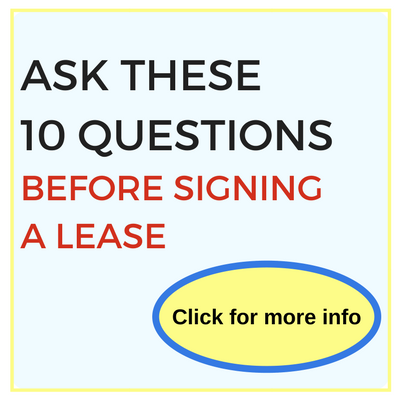